The London-born, British-Japanese DJ and producer has gone from pirate radio to magazine covers; from the backroom parties to headlining raves at every major techno club the world over, and all whilst staying true to the underground and his individual style of raw and uncompromising techno. His mix of pure passion and attention to high-end sound production has placed him at the forefront of a global scene, and established him as a singular presence within modern dance music. Under the alias “Dangerous”, Dax’s first appearances on vinyl were on Aphrodite & Mickey Finn’s classic jungle label, “Urban Takeover”, but also on his own imprint, “Xplicit Sound”. By the age of 19 he had forced his foot into London’s storied drum’n’bass scene, initially playing the small rooms at major raves for legendary promoters such as United Dance, One Nation and Movement. He took to the airwaves too and held residencies on pirate radio stations Origin FM 95.2 and Time FM 104.6.

During a summer spent in Ibiza, Dax discovered techno and instantly developed a new passion for cutting-edge 4/4 beats that would give him a new direction. By the end of the summer he’d already begun to work on a way to merge the pulsating energies of European techno with the uncompromising, rough attitude of his musical upbringing. It was this experience that set in motion what has become the foundation of Dax’s unique style, a blend of rawness with the sleek, hedonistic night music for abandoned warehouses. Dax’s love of classic UK club culture remains undimmed, continually informing how he runs both his record label and his studio. His two previous albums ‘Shades of Black‘ and ‘Offending Public Morality’ set out his vision for the highly emotive techno sounds that set him out from his peers – a sound he further develops on ‘Utopian Surrealism’. 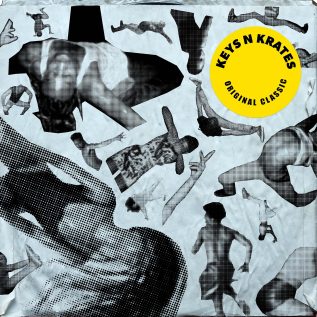