Returning earlier this year after a three-year hiatus with Psycho Disco! released EP titled Twenty-Four Seven / Kutumaini, Proper Villains’ long awaited return marks the next evolution of the esteemed producer and DJ. Renowned for his original releases and remixes including Cataracs’ “Bass Down Low“ that landed radio play on Power 106 and Hot 97, he also been commissioned for remixes for Enrique Iglesias, Dev, Havana Brown, Pitbull, Lil Jon, and Far East Movement, as well as indie favorites Roger Seventytwo, and Childish Gambino.

Today adding to his now legendary discography, Proper Villains is again teaming up with the Atlanta-based Psycho Disco! label on new single “Work This“. As the title would suggest, “Work This“ is six-minute dance floor call to arms packed with enough booty popping raunchiness to really get things sweaty. A classic house cut including cowbell, rapid synth break downs, and pulsating rhythm, “Work This“ is a massive contemporary production well suited for everyone from the Voguing houses of New York to the pitch dark warehouse raves of Berlin.

On top of all the naughtiness “Work This” will inspire, the deal has only been made sweeter with the track being given away as a free download HERE. 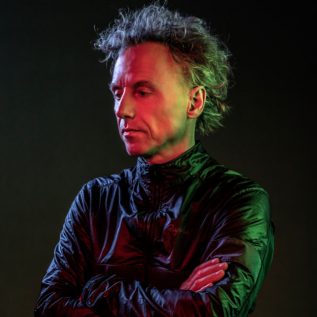