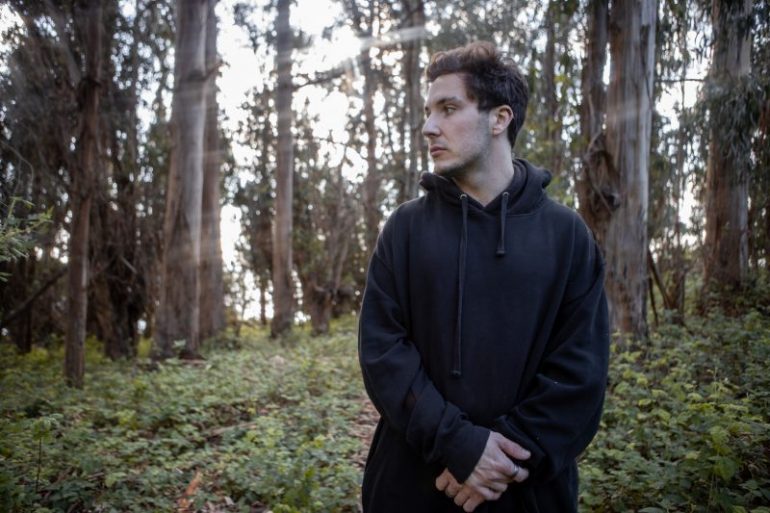 Finding inspiration in the Berlin underground music scene and the California desert, music producer with multiple hats Sammy Legs has released the two-track tech-house EP Clamtastrophe via Slothacid records. This release follows after the DJ’s collaboration with Sacha Robotti on his When You Clackin’ EP. Sammy Legs is a delightful artist who creates energetic dancefloor tracks that one can emerge themselves into with the music alone. The artist wants to encourage a safer environment for producers and their audience to not feel pressure to partake in the dangerous behaviours that one can succumb to in order to have “a good time”.

We had a one on one Q&A with this promising act below.

I was probably 3-4 years old and my parents were playing La Grange by Z.Z. Top. Dancing wasn’t really my strong suit so I think I was more just flailing around and accidentally fell and hit my head on our fireplace. Got a few stitches and a pretty cool scar for a while. Very metal.

Weirdly, I’ve never really had that moment, at least one that’s stuck forever. I have a few different musical projects that fulfil my creativity in different ways, not to mention all the weird ideas I’ve written that don’t make sense to release with any of those. The sound I’m landing on with Sammy Legs has more to do with what type of dance floor energy I want to create. Though I’ve slowly honed in on this sound, there was a night of note that really flipped a switch. It was an epic desert gathering out in the Mojave back in 2015 with my buddy Griffin. This DJ Treavor MT was spinning 130bpm-ish weird minimal beats (I hate putting too many words to it) and we were dancing so hard I lost my shoes. Everyone was silent on the floor just totally immersed in the journey. We were silent but the energy was so high it was weird that people weren’t saying anything. But the music sorta called for that.

Boris Brejcha – My Name Is

My sub 37 is a big component. I run it through Elektron’s analog heat, and all sorts of weird guitar pedals. I do something similar with my Prophet `08 and Prophet 6. About a year ago I took a bunch of my software to resample techniques and found pedals to do something similar and it’s made my work a lot more playful. And the result I think is more organic.

I use so much software that it’s hard to put my finger on any one thing, but my workflow generally goes as follows: create chaos, find something interesting, expand on that something as much as I can, then simplify->arrange.

While I’m far more of an indoor-soul since I’ve gone deep into production, a good view of somewhere green always seems to help. I have developed a lot of workarounds to avoid writers-block over the years so that tends to not be too big an issue. I actually rarely get inspiration from others’ music (especially in recent years) and have really tried to see what comes out of me with little-to-no input. I remember an interview with Stimming talking about how he generally is not very aware of what is going on in his music scene and I see that as an advantage to staying sonically unique/yourself.

If you DJ, I see the need in sub-genres because it makes it far easier to create, dig and find your way into related music. This both amplifies their DJ sets and allows them to promote producers that otherwise may never surface through the noise, so that’s all positive. If you are a music appreciator and you are using sub-genres to help you find music, great. But I do think that now (maybe more than ever) humans have a nasty habit of forming teams and sub-genres provide yet another border with which to create unnecessary division.

A lot of the music I like falls between sub-genres. Most of it lately falls between what people would have called “minimal” 11-14 years ago (the years matter, weirdly) and psychedelic techno (more “psy” than “techno”). Most of the players moved on to psy-trance, big-room techno or melodic/tribal techno (especially if they’re good-looking/hip haha). But I think they left behind what could have been a really cool space in music. And none of them really came from a west-coast house background like me, so I’d like to bring it back with that flavour.

I began as a DJ/dance-floor-warrior and that was the reason I got into production. Weirdly though, over the years my hermit tendencies (thanks to World of Warcraft) have taken more control, and I’d say I really love music creation. I’m almost always imagining a dance floor when I’m writing this stuff though, rarely considering where/if I might release the music. Some of my favorites tunes may never get released because they are so much more fun when the floor has no idea what’s coming.

If I can get the right crowd, sound system, venue and time slot, there is truly nothing better, but I’m not a big enough artist yet to guarantee a perfect set and setting every time. Soon I hope :).

Wow, I think I’d need to be on a podcast or something to even begin to tackle this question. To name a few: we need to lessen house, techno, and other genres’ dependence on labels to break artists as it forces saturation/sonic-uniformity. We need to make royalties far more transparent for artists because so many even slightly successful artists are owed money; we need to shift the music industry’s dependence on alcohol sales to another revenue model that creates better incentives for live experiences and promotes a safer party culture.

Oh, and it’d be great if we stopped conflating music creators with music selectors as they are often quite different. The modern, solo electronic musician’s project calls for them to potentially be a: songwriter, instrumentalist, engineer (recording/mixing/mastering), DJ, brand/PR expert, graphic designer, singer, etc… Calling someone a “DJ” can feel belittling when they are wearing a number of those other hats.

One last thought to leave your fans with?

If you want me to play in your city and you know promoters, please tell them! I’m doing this mostly on my own right now so it will be hard for me to get out there without your help <3. 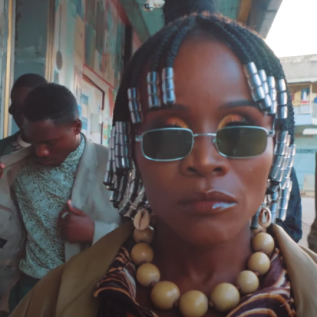