Electronic producer munro exercises his creative flair in his new video ‘About You’ released under Quality Goods Records on the 1st of December. The skilful musician has his eyes set on expressing his music with the usage of Indie Pop and UK Garage. Munro’s sound is comparable to ODESZA, Ross From Friends and FLUME.

The meaning of the title of the video is expertly captured within the film shots that show humans engaging in everyday activities that are represented in a fusion of fine-art-painted-like visuals and camera-filmed scenes. What is captivating about the video is that the shots are dominated by images containing only one person, and the shots display two people together engaging in intimate gestures such as holding hands. The final scene of the video shows a person staring at himself in a mirror, consequently eliciting the thought that before a person can give or be of service to another person, he or she must first have knowledge of their own self and accept the reality that living is also very individualistic.

Producer munro tells us about his artistic pursuit in the new video: “I wanted to tackle the direction for this video in a way that flipped the narrative of the songwriting on its head. I’ve always loved the idea that art exists in this ambiguous space of negotiated interpretations – no matter what you intend the message to be, someone’s going to hear it, feel it, and see it entirely differently”. 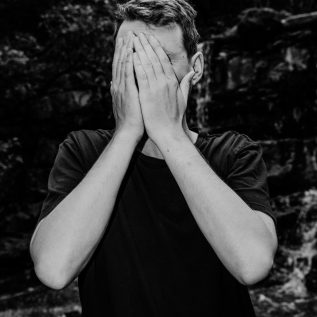