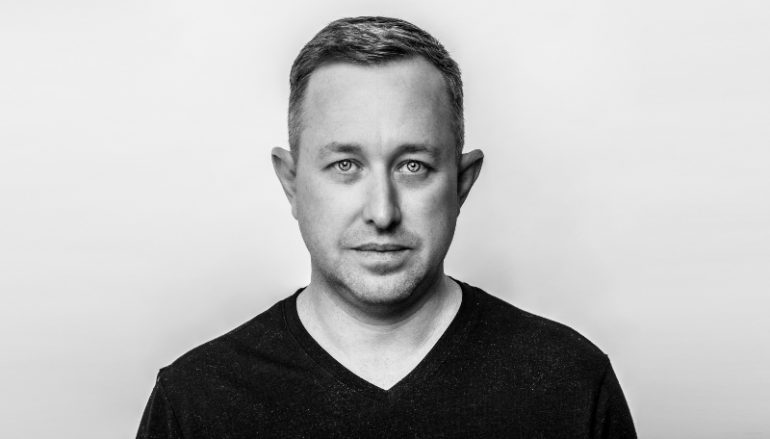 Showcasing his refreshingly unique take on tech-house music with the launch of his imprint Unlearn: Records in 2020, Doc Brown has released his new EP Business Side/ Wrong Way via Unlearn: Records this month. ‘Business Side’ is a cheeky nod of resistance against the current state of affairs in the music industry. The DJ continues to rise above the norm of what is to be expected and makes a fine tech-house tune in the process.

We chatted with label head Doc Brown in this exclusive.

Three words that come to mind are dark, groovy & energetic. As a DJ I’m pulling tracks from a
variety of genres that embody those elements, and as a producer I’m focused on writing tracks
that fit into my sets—kind of techno, kind of progressive, mostly tech-house. I’m not really big
on genres & tech-house seems to be a kind of ‘catch-all’ bin that covers a lot of ground, but that
seems to be the best categorization currently.

At what point in your life did you have that moment where you said to yourself “This is it.
This is the type of music I want to create?”

To be honest, I don’t know that I ever have. Tastes & scenes change; I’m not making the same
style of music I was a few years back & I don’t think I will be in a few years from now, either.
Somehow or other people seem to think it sounds like “me” though, whatever that is… which I
know is a good thing. But I try not to have preconceived notions about the type I music I should
make or play and typically just go with whatever feels right at the time.

How have you found launching a ‘dance music’ label in the middle of a pandemic?

Honestly, it’s been good thus far! You’d think without clubs open it’d be hard to push dance
music but the truth is the scene is full of passionate people that aren’t going to just stop listening
to the music because they can’t go out. There are also tons of DJs on live streams playing
music and my own Twitch show has been such a great way to share music from the label &
promote it to an audience that’s already engaged with what it is I’m doing. I’m happy to report
all releases have charted and seeing the tunes played back on the Dirtybird Twitch channel or
getting spins from huge DJs like Claptone has really validated my decision to go forward with it
during this crazy time…

Have there been any unexpected benefits to not touring over the last year?

I think the biggest benefit for me was discovering the power of live streaming. It wasn’t
something I was all that familiar with before the pandemic but broadcasting a weekly show
(which is now bi-weekly) has really turned me on to it. It’s been a great way to virtually supplant
the income lost by gigging, as well as giving me an opportunity to test out new music I’m
working on & really connect with fans in a completely new way. I do believe the future for artists
is in direct relationships with their fans (as opposed to through labels or other gatekeepers) and
has really accelerated my belief in that.

At the risk of sounding cliché, it has to be my laptop. I literally do everything on here—all of my
music & business projects, including this interview, are done on it! From a production
standpoint, some of my favorite VSTs are Xfer’s Nerve, U-he’s Diva & Ableton’s Operator. FX-
wise, I tend to use a lot of Soundtoys plugs, and my girlfriend got me both the Oxford Sonnox
Limiter & Inflator as a Christmas present, so I’ve been having fun with those the past few weeks.

Studio work and music creation or performing and interacting with a live audience, what
do you prefer?

Another tough one! My love for the scene started with DJing and performing and interacting,
but increasingly I am finding more enjoyment in the studio, I think. I love the autonomy of being able to create everything, by myself, from start to finish…it’s extremely gratifying when you
come up with something really cool! Obviously, the best of both worlds is getting to perform
music of your own and connect with a crowd through it; there’s nothing quite like that feeling.

One of the coolest, most surprising things happened to me a few years ago on Groove Cruise. I
was playing the opening set at the beach party in Cozumel, Mexico & a large group of people
coordinated wearing custom-made Doc Brown shirts that fit the costume theme for that
particular day. It was crazy (and super awesome) to look out in the crowd & see everyone
wearing these shirts supporting me! Afterwards, everyone in the shirts posed for a photo in front
of the stage, and someone even bought a framed copy of the picture & gave it to me as a gift. It
was really special & the picture is still prominently featured in my living room.

You can typically find me around 126-127 these days. I’ve been slowly speeding up over the
past year or two but I just can’t bring myself to go all the way to 128…it seems to have too much
baggage haha! I enjoy a lot of the newer techno over 130, but at some point, you speed up to
where there is very little groove left.

That’s really tough to narrow it down just to one, but Radiohead’s ‘Kid A’ blew my mind on first
listen & has always held a special place in my heart. It still sounds like it came from the future
even all these years later.

I actually have been working on a ton of collaborations recently, and have music on the way
with Vanilla Ace, MC Flipside, Jerome Robins, and Lizzie Curious. I’m really excited about all of
it, to be honest! As far as the label, I’m hoping by summer it will be safe enough to host outdoor
events & we’ll be able to transition the Sunday Twitch show into an IRL event, that will also be
streamed. Onward & upward! 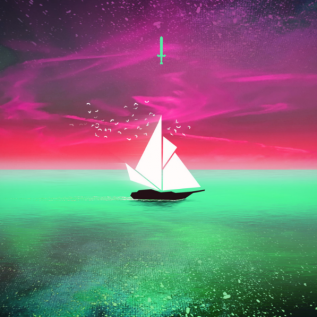