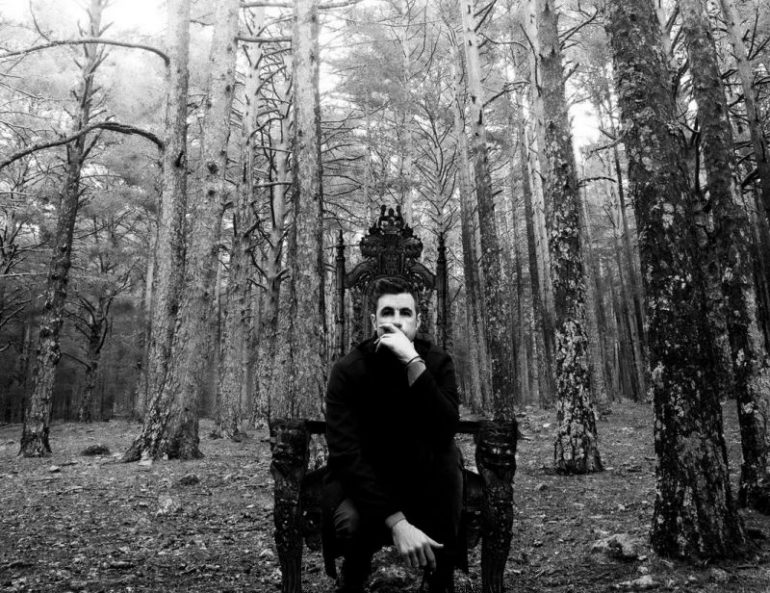 Idioteque founder Ed Is Dead moves gracefully to the sound of his own rhythm with the release of his new single ‘Endlessly’. This release will feature on his upcoming album GLOBAL SICKNESS (18th March). Making ends meet as a backing musician, Ed Is Dead developed an affinity for experimenting with multiple genres, styles, and textures. This method resulted in his signature electronic music mash-ups. After many years and multiple awards ( MIN Indie Music Awards, Mondo Sonoro) later, the label owner has still remained relevant with his flawless synergy of sounds.

We are pleased to present this exclusive interview with Ed Is Dead below!

This is a hard one, I try not to tie myself to genres, on a technical level. I would say that I try to find a clean sound within the granular synthesis, and in almost all my songs there is a lot of hard work on the percussions and the rhythmic section. But what I would like the most is to be able to transmit the type of progressions, sensations, and spaces that my music generates, more than the exclusively technical part.

‘Endlessly’ takes a more jovial direction unlike your previous single ‘Time Is God’. Would you regard this latest release as an evolution of your sound?

I agree that it is a more jovial sound relatively atypical in me but I would not consider it an evolution. I think that I always try both in my albums and in my songs to force contrasts a lot, anyone who has heard a little of my previous works knows that I really like to play with extremes and dynamics. It is true that I tend to always be in tones minor and generally more melancholic compositions, but I constantly try to get out of that comfort zone.

Ahahaha I think I have not yet achieved it, and I think I have learned to enjoy it (before I was frustrated). In the end, I see music as a learning path and obviously, I am not in the same place that I was at the beginning. What if I think that when I finally fell into electronic music I found a place where one can experience a lot of compositional freedom, and I love that.

I´m constantly changing gear trying to get out of my comfort zone, but probably the Prophet 6 (if I could only have one of my synths, I would pick up that one) and a Sonor delite Drum kit, that is the instrument I have the most affection for because of what it represented at the time.

It is very difficult to choose, but I think I prefer music creation, for me, it is like mental health therapy, I don’t know how the rest of the planet can cope with life without making music.

I could mention a few from afterparty, but I think this one is better. A couple of years ago we made a collaboration with the Prado Museum in which we related the painting of the 19th century with electronic music and people could participate. There was a very old woman to whom I showed the operation of a Roland TR8 (the sequencer is really intuitive ) and was seen, with about 80 years, herself making music for the first time in her life, almost with tears in her eyes. I think it is the most beautiful memory that I keep of my music,

Wow, hardest question ever… It is impossible for me to pick up one and every second that passes I change my mind,  to name a few: Bjork – Joga,  Nirvana – in Utero, Squarepusher – Big Loada,  Jeff Buckley – Grace, Trentemoeller – The last Resort… (it’s impossible I give up).

Does ‘Endlessly’ introduce the overall mood of your upcoming album?

Not on an “emotional” level, it is very difficult for me to make  “happy” songs or more luminous and with ‘Endlessly’ I was just looking for that point …The rest of the album, removing specific moments, is darker, on a sound level, there are things in common, with the percs and the granular synthesis. This is really the album that I have the most “four 2 the floor” songs,

in that sense, there is something of ‘Endlessly’ in many of the other songs.

Endlessly just came out as a preview of the album, and I can’t wait for the rest of the songs to come out (I’m really impatient). Then I have a soundtrack for the contemporary dance company Cuerpo Romo that I collaborate with, and in a couple of months we will be recording my new live set, together with all my work as a producer in the studio for other bands, I think I will be quite busy.

CONFLUENCE shows off his production with song ‘Azul’