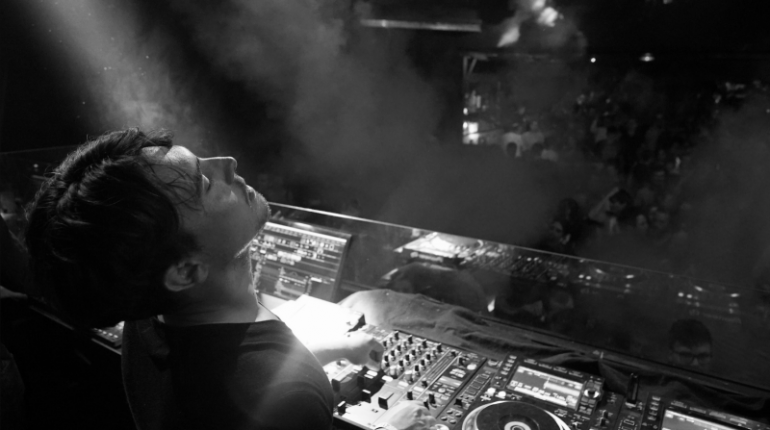 French DJ and music producer F.E.M is undoubtedly one of the most notorious electronic artists of the Breton scene. After being rocked with rock music, he became passionate about electronic music developing over the years a style that crossed Detroit techno, house and tech-house.   The young Frenchman had the opportunity to release his songs on prestigious labels, which earned him the recognition and approval of his peers (Laurent Garnier, Maceo Plex, Electric Rescue, Ian O’donovan, etc.) who do not hesitate to regularly playlist him.

I’m lucky enough to have grown up in the paradise of outdoor festivals: Brittany!   Really young, I was aware of the different concerts that were planned around, and my family kindly allowed me to see big international bands playing near my home. Then I felt the need to reproduce what I just watched, in my garden.   My mother was listening to David Bowie and The Doors, and my father was into some weird stuff, as I used to call it as a kid. Thinking about it again, he introduced me to electronic music while listening to Jean Michel Jarre, Pink Floyd, and Vangelis!

My very first physical experience with electronic music was in 2005 at Vielles Charrues Festival, while attending Laurent Garnier DJ set. I was nearly 14 years old, and what a hit! That was the day I understood that it was possible to blend genres. I was enjoying rock music, such a RATM or Nirvana, he hooked me up with this and I was amazed. I loved the idea of watching one man controlling all the instruments! Later I understood how it works and it never left me.

The TB-3 sound, without a doubt! I can’t afford the OG one at the moment but the TB-03 doesn’t leave the studio and I’m happy with it 🙂 There is something with the acid sound that turns me crazy. Playing with the arpeggios really satisfy me, I can do it for hours.

I love sailing! I can actually name a few skippers that I admire, such as Alex Thomson, Francis Joyon, and of course Bernard Stamm!   These guys are hungry, wise and know how to escape! When I feel that I need fresh inspiration, I just watch videos of these men in their huge boats, launched at full speed, in an unbridled sea, or I go watching them live! Sometimes they’re literally flying on the water, this puts me in ecstasy.

This is such an interesting question, to be honest, I almost thought it was typically french to classify everything like this. At the end we’re all submerged by the dozens of subgenres, so I gave up on this and simply focus on what makes me vibrating. But if people feel the need to identify themselves thanks to a genre, I don’t mind 🙂

I love being on stage in festivals for example, cause I love the infrastructures and I like the way it’s ephemeral. By the way, I have a huge respect for all the technicians that work on it, the party couldn’t even start without their savoir-faire and energy.   After that, I’m super happy to get back to the studio, to work on new stuff that I’ll be happy to introduce to the crowd later. I must say that I’m super satisfied to be able to show my work on stage, cause I spend hours writing everything in details. Also, my studio is more and more hosting newcomers and confirmed artists. We share good times together and I keep learning every day, I love it!

I think that nowadays people want to shine (fast) and need recognition whatever it costs, and it hurts a lot of them. Give me a magic wand and I will give a big dose of generosity and empathy to everyone, I think people need that.

We have a big scene in Brittany! A lot of super-talented people that are also amazing human beings! I’d start with Blutch: I love both the character and the music, I can’t wait for his album!   Then Yann Polewka, that will make his UK debut in November; Theobald Ringer, that sounds similar to our national hero Laurent Garnier and Detroit Techno ; Wast : heavier sound, but I can assure you that you’ll get to know him soon ; and finally Molow / Mohand Ka : a street artist I collaborated with, and who deserves way more attention than he currently gets !

There is a lot to come: I just started my independent label called Wabi Sabi, that I run with the great minorah! I launched my alias Nucleus, way more instrumental than F.E.M: https://www.youtube.com/watch?v=NRoj00imk5Q   I just released 3 remixes that are available as a Free Download for my birthday, to thank everyone that follows me! This means a lot to me: https://soundcloud.com/f-e-m/sets/free-download/s-XbpyV   I spent a lot of time in my studio recently. I’m now waiting for my next gigs to be announced 🙂 I can’t wait to go on tour again!

Thanks for having me, I really enjoyed answering your questions! 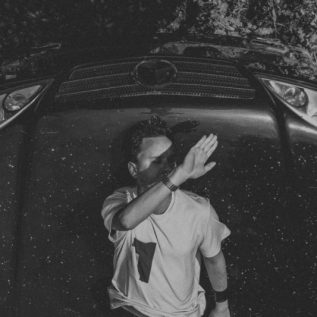