Applique Music label head and music producer Lempo a.k.a. Mike McGuinness has been providing groovy and laidback house hits through the pandemic. The music producer is known for releasing music for emerging talent Franky Wah and even the legendary Todd Terry via his imprint. His banger ‘Dance Again’ featuring vocalist Roland Clark left many feeling pumped for the clubs to open up again. Applique Music will also be releasing a compilation titled ‘10FOR10’, which celebrates the 10 year anniversary of the imprint being in business and representing some of the best underground house acts that have changed the game for many producers.

We are pleased to share an exclusive mix and interview from Lempo below.

Electronic four-to-the-floor. Sometimes deep, sometimes funky, but always house music at the core. The most consistent elements in my productions are vocals and energetic percussion.

When my parents invested in a set of decks for me… I had the bug immediately. But it wasn’t until a holiday in Ibiza that I discovered house music. I saw Fatboy Slim and Carl Cox play together in Space nightclub. It was amazing. I was in awe of the tracks they were playing and the connection between them and the crowd. If I had to pinpoint a moment that sparked my love for house music, that’d be the one. I use to spend hours with my head in the crates at Piccadilly Records, the Vinyl Exchange and a little record shop local to me called Ken Palk. I was fortunate to gain residencies at Sankeys and Venus, nightclubs in Manchester, and later Pacha, and Ministry of Sound in London. The success of playing other people’s music organically progressed into making edits and then eventually music of my own… Dance music in general was the catalyst for me to launch a production career.

Tough one. DJing was my first love, long before the studio became ‘a thing’ for me. During the pandemic, I’ve definitely spent more time on music creation, rather than performing as I’m not a huge fan of live streaming. The studio can be a love-hate relationship, it doesn’t always go to plan you know?! When it’s good it’s really good. What I will say is, under normal conditions I buzz off performing. I try to match the energy of the crowd. I’m always a sweaty mess by the time I come off stage. I just try and live every minute of it with the crowd – I miss that soooooooo much! I’m going to say performance over the studio.

Back in 2010, I was voted Manchester’s number one DJ on ‘The DJ List’. I don’t know about describing that as weird, but it was certainly unexpected and an amazing feeling to get that recognition.

A typical DJ set from me starts around 124BPM and progresses up to 128BPM. My productions can be varied too, usually around 126BPM so they can slide up or down easily for mixing.

Nah, not possible to answer that with just one. I love the glam-rock, disco, and funk classics… Albums by David Bowie, Chic and Prince would be in the conversation. As would electronic LPs from artists such as Daft Punk, Fatboy Slim, Basement Jaxx, and Groove Armada.

During lockdown I’ve been busy in the lab, I’m emerging from lockdown with an artillery of new music. I imagine this will be the case for a lot of music producers. Let’s hope it leads to a renaissance. After ‘Dance Again’ with Roland Clark on Applique, the next Lempo single is ‘Cheeky Sound’ on Chicago’s Trax Records. I’ve also placed new work with ReDisco, Twists of Time, and Whore House – all slated for this Summer. 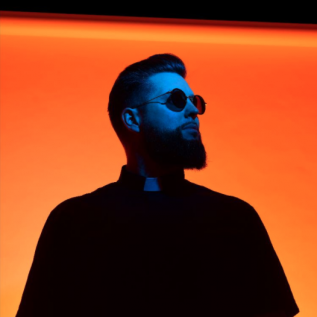