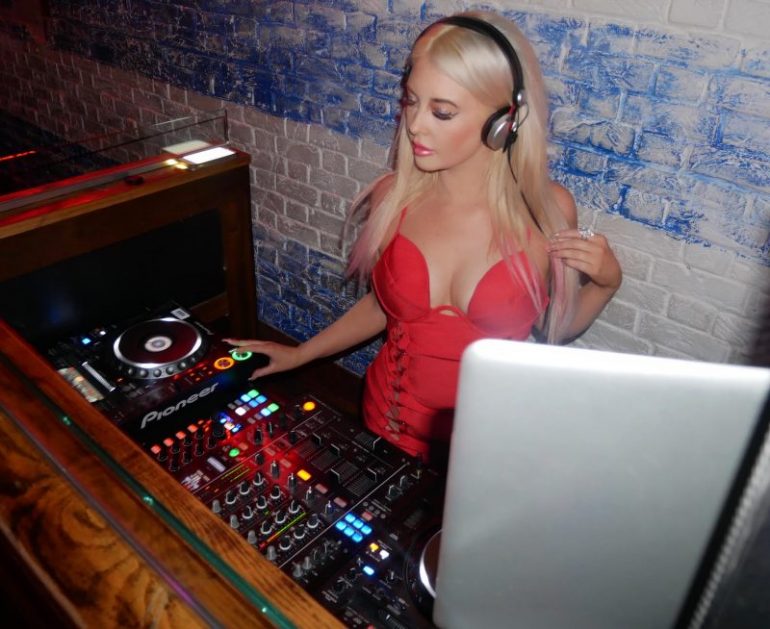 Multi-talented DJ and presenter Jodie Weston has released an uplifting deep house track on Blue Monday. ‘Give A Little Love’ features singer Ali Mish and showcases Jodie’s epic production talents. With 2020 coming to an end, Jodie wishes to use her new track to bring in the new year on a high note, full of electrifying beats and dancing vibes.

With an impressive 100k followers on Instagram, Jodie has been working hard to up her presence in the music world. Having played at London hotspots such as Mahiki, Embargo Republica and Golden Bee, her DJ and radio talents landed her a new show called ‘The Dollhouse’ on Flex FM (101.4FM), playing your best beats in dance, house, tech and electronic music – airing live every Monday 12-2pm.

Jodie’s music is all about bringing something fresh to the scene and she aims to bring joy to all those who listen. Jodie said: ‘I love that during these hard times I can bring an aspect of happiness into people’s homes. I want this song to take people to a beach in Ibiza, somewhere they can forget their worries and be content.’

Jodie has previously appeared in TV shows on Channel 5, BBC and MTV. Jodie has also recently announced that she is the celebrity ambassador for a top London hair & beauty salon Muse of London. Jodie continues by saying: “My passion is DJ’ing and being a presenter as I always have something to say and play, the music just brings out my exuberant side and I think everyone should follow their dreams and do what makes them happy. I am fortunate to be able to do this and at the same time make a difference and empower women; I’m not afraid to speak my mind and am proud of my reality TV past, but I now want to show the world my other talents and take it by storm!’

Her new single ‘Give A Little Love’ follows a string of house tracks which Jodie has produced and lent her vocals to, including ‘What’s It Gonna Be’ which can be streamed and downloaded on Spotify.