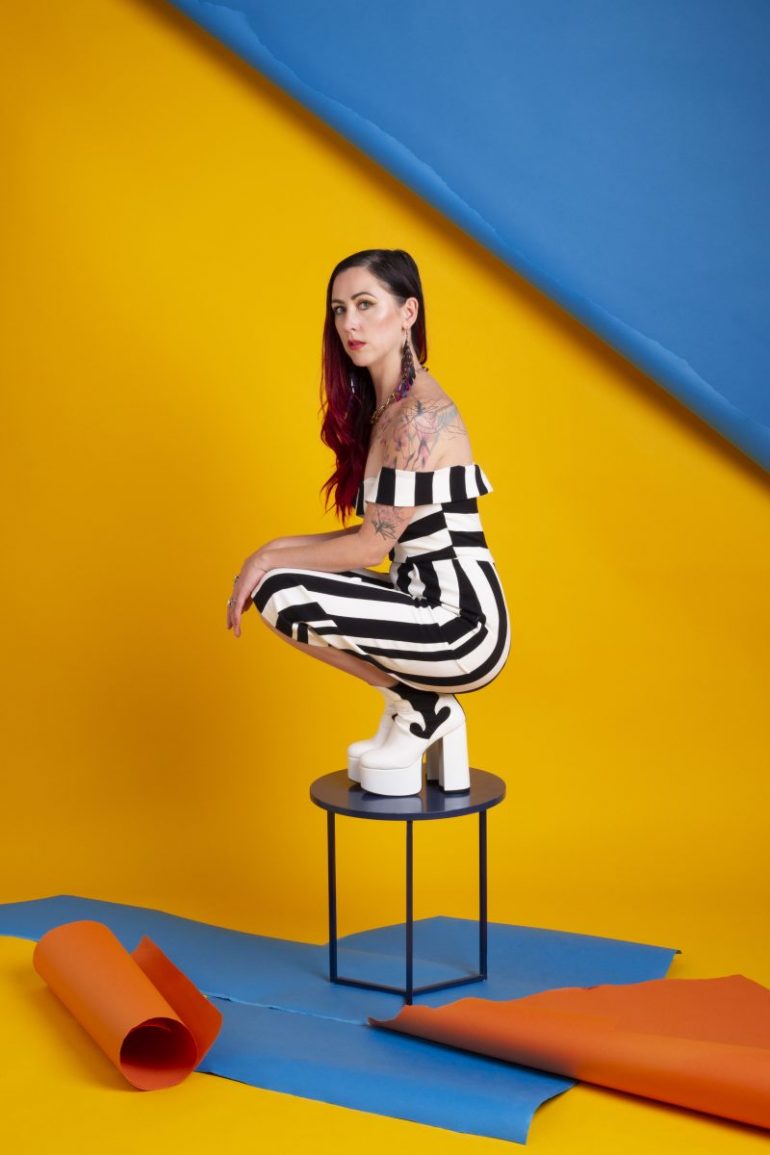 DJing since 2002, Jo Burns (better known as Madame Electrifie)’s sound began filtering through events like Ministry of Sound, The Cross and Turnmills from the beginning. Later in her career, the music producer would heat up stages like Glastonbury & Noztock. Madame Electrifie is known for her eclectic house sound that bounces between the genre umbrella into its own unique combination of influences. Her latest single ‘Turn Up’ takes a tribal approach and is guaranteed to leave the listener pumped up for a night out in a matter of minutes.

We chatted with this noteworthy talent Madame Electrifie, and found out more about her forthcoming projects.

It’s quite hard to pin down into one genre really! There’s definitely some old school funk flavours but with plenty of dirty bass too. I like to draw influence from lots of different genres and sources and hopefully this means I create something a bit unique, especially in the dance music world where so much can sound generic. There’s always a nod to breakbeat though, even if it’s a more housey tune.

I fell in love with dance music generally at a really really young age, from about twelve years old. But before that, it was hearing Prince for the first time that just made me think, “that’s a groove!” I think that’s what attracts me to any music, it has to have a good groove. I’ve been a DJ for a long time now (longer than I’m gonna admit here) and I’ve dabbled in production for years, but I always struggled to make the kind of music as Madame Electrifie – hence why I focused on my other project Cassini Circles which is a lot moodier and heavier. Definitely much more electronic sounding. I think it’s quite hard to marry the funk and filth sometimes.

My Ableton push. It’s just super handy for quickly getting an idea down, and I use it heavily in my live shows with my band in my other projects too.

Performing for sure. I love DJing with a passion and vibe so hard from a crowd, it will always be what it’s about for me, I’ve been really lucky to travel the world and play to some massive crowds which is quite mental really. That said I’ve played for 20 people sometimes and it has been just as good as when I’ve played to 5000, you just need the right energy from the audience big or small and it’s like magic. Producing is just icing on the cake really, but something I’ve obviously been doing more of during lockdown.

I’m not sure I’ve had any! I did get some love from Sam Redmore and the Allergies on my music who are two producers who I really admire, so that was nice.

Haha, don’t hold me down! I can’t wrap my head around the idea of only playing one bpm that would bore me to tears. I play funk, disco, house, breaks, and sometimes drum and bass, all depending on the time of day really. So I can go all over the shop, but if it’s properly curated and done with the skill to make it a cohesive set, then it doesn’t really matter.

Ah, that’s too hard to answer!

I’ve got a couple of projects I’m working on which I’m really excited about, working with two incredible vocalists/MC’s. Firstly with Kathika (Slamboree) and another track in the pipeline with Thugshells, who I discovered on Twitch and fell in love with – she’s amazing. I’m really excited about collaborating with some fierce female vocal talent. One track is quite afrobeat/jazzy and the other is just filthy tear-out breaks (again, I’m a bit of a genre chameleon). Then I’m also working on new material with my band Cassini Circles which is really different to my Madame Electrifie stuff.

I’m also really excited to be playing some great gigs over the summer, including Wilderness Festival, The Big Festival, Victorious with Krafty Kuts, Camp Wildfire, Tutti Fruit Weekender, The Stanton Warriors Summer Sessions. I am also supporting Freestylers in October as Evil Twin – which is a collaboration with breaks legend Mini Da Minx. Breaks is always in my heart really so the fact that I get to play alongside all my hero’s from that scene in the regular these days is so amazing, I’m really really grateful.

I also have my regular Data Transmission Radio show where I explore more interesting music- not just stuff that I’d play to a dancefloor. I cover everything from jazz, to afrobeat, funk, breaks, experimental weirdness, just music that I think is amazing. I really love the radio format for the freedom in that way. 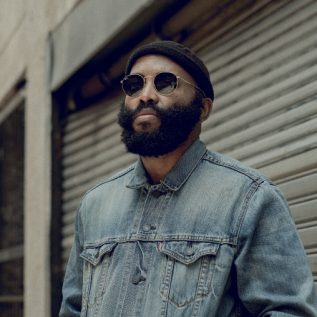