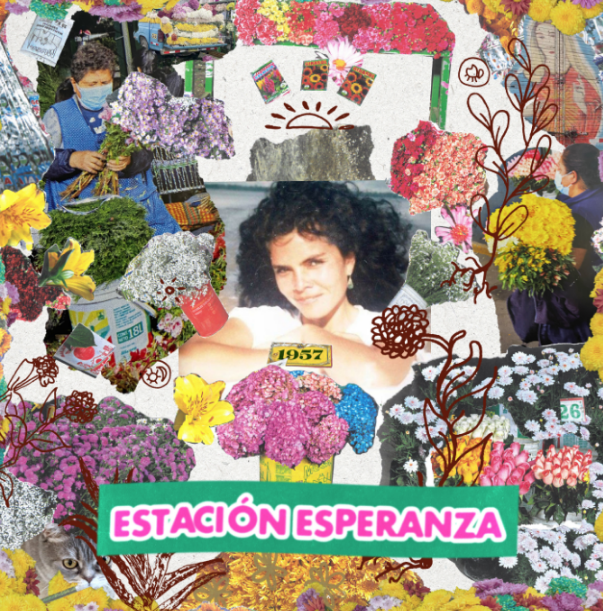 Last year, Berlin based, Peruvian artist Sofia Kourtesis shared her latest EP “Fresia Magdalena”, a sleeper hit that saw her continued rise as one of the most exciting new producers around, receiving a 5/5 review from NME and appearing on 2021 End of Year lists from the likes of The New York Times, NPR, Rolling Stone and Pitchfork with lead single ‘La Perla’ also named as Pitchfork’s #13 Song of the Year.

She returns with ‘Estación Esperanza’ which is out now on Ninja Tune and features a rare guest spot from Manu Chao. Opening with sampled chanting from a Peruvian protest against homophobia, the track pulses with the luminous and defiant sense of life that her music is becoming known for. With family also always permeating her work, this track is dedicated to Sofia’s mother with her face front and centre on the track’s striking artwork. A song about hope in full technicolour.

Speaking of the track Kourtesis says: “‘Estación Esperanza’ is all about hope. I’m hopeful my mother will get better, I’m hopeful the world will begin to heal, I’m hopeful this song will bring you light on dark days. I first wrote this song after listening to Manu Chao. To me Manu Chao has always represented hope, his lyrics were like a bible to me growing up. This song is for him, my mother and all those activists working hard to make this world better.. never lose hope!”

Having already played shows with the likes Four Tet, Floating Points, and DJ Koze, this month Sofia heads out on at UK/EU tour supporting Caribou before playing Primavera Sound this summer with many more dates to come.

With just a handful of EPs released, Sofia has already been tipped as a ‘One To Watch’ by The Observer, featured on Emerging Artist lists from DJ Mag and Mixmag as well as appearing in last year’s NME 100 list.